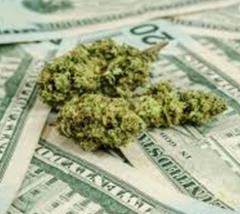 LOS ANGELES – The Los Angeles County Board of Supervisors voted Tuesday to rescind last week’s vote to put a marijuana tax on the November ballot to fund the fight against homelessness.

Supervisor Sheila Kuehl recommended backing away from the tax proposal, saying she was concerned by a lack of support among homeless advocates.

Kuehl said it would take about $3 million to successfully mount a campaign for the measure, making it important to be sure “everyone is with you.”

The board itself was divided on the measure, with Supervisor Mark Ridley-Thomas pushing hard last week for a quarter-cent general sales tax rather than a gross receipts tax on marijuana businesses.

But Ridley-Thomas failed to get the four votes he needed and then stood firm against the marijuana tax, despite his belief that homeless is an emergency issue for the county.

Kuehl did not cite Ridley-Thomas’ opposition as a factor. However, Ridley-Thomas successfully campaigned against a 2014 ballot measure to fund county parks with a parcel tax because he thought it didn’t allocate enough resources to underserved communities.

To fund a host of strategies to fight homelessness, which county Chief Executive Officer Sachi Hamai has said will cost $450 million annually, the board has also considered a parcel tax and a so-called millionaire’s tax, a half-percent tax on personal income in excess of $1 million.

State legislators who would have had to grant the county the right to levy the millionaire’s tax failed to take the issue up before the summer recess, leaving the measure unable to meet deadlines for the November ballot.

The board will work with the community before deciding on its next step, according to Kuehl, who sought to reassure residents and advocates that the county is still very serious about homeless services.

She also reminded attendees at the board’s weekly meeting about the money the county has already put to work.