PALMDALE – A 64-year-old man died Thursday after his car was rear-ended by a cargo van on the Antelope Valley (14) Freeway in Palmdale, authorities said.

William Speer of Santa Clarita was pronounced dead at the hospital shortly after the traffic collision, which occurred around 9:37 a.m. Thursday, July 14, on the northbound 14 Freeway, just south of Avenue N, according to a California Highway Patrol report.

Speer was the driver of a 2014 Toyota Corolla that was “either completely stopped or [travelling] at a slow rate of speed behind traffic ahead” when it was rear-ended by a 2003 Ford Econoline cargo van, the CHP report states.

The van’s driver, 82-year-old Lanny E. Ludwick of Huntington Beach, was travelling “at an unsafe speed for the conditions of traffic ahead and failed to stop his vehicle in time to avoid colliding,” the CHP report states.

Speer sustained severe body trauma and was transported to Antelope Valley Hospital where he succumbed to his injuries.

Drugs and alcohol intoxication were not suspected factors in the collision, according to the CHP. 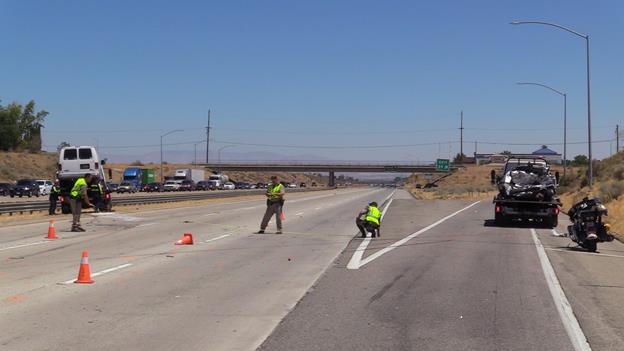