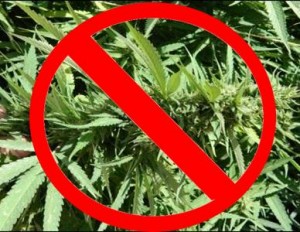 LOS ANGELES – The Los Angeles County Board of Supervisors voted Tuesday to extend a ban on growing marijuana in unincorporated areas of the county — including Quartz Hill, Littlerock and Lake Los Angeles — for one year.

The ordinance — banning the cultivation, manufacturing, laboratory testing and distribution of medical marijuana while zoning officials study the impact of such activities — was set to expire at the end of the month.

Supervisor Sheila Kuehl was the sole dissenting vote, though she acknowledged that the board was effectively “kicking the can down the road … until we see what the voters of California will do in November.”

A statewide ballot measure seeking to legalize marijuana is set for November.

Kuehl and Supervisor Mark Ridley-Thomas asked staffers to do everything possible to prepare for the potential of legalization, including the possibility that the county might want to tax marijuana purchases.

Any such tax would require the county to first lift the ban and then get voter approval.

Supervisor Hilda Solis said marijuana use was a “highly charged issue” in her district, where she said many dispensaries have created safety concerns.

The ban on cultivation and related activities was suggested in February by Supervisor Michael Antonovich, who said then that growing cannabis increases trespassing, burglary and violent crime.

Dozens of advocates spoke out against extending the ban, saying patients who need the drug to control pain, manage seizures or cope with glaucoma and other critical health issues were being forced into an expensive black market.

“Banning it would basically force everybody to be a criminal,” Angela Viesti told the board.

“The ban is keeping patients away from access to safe medication,” said Kathleen Villarreal, who told the board that she represented a coalition of patients.

County planners warned that not extending the ban could lead to unregulated cultivation that “may cause irreparable harm to the physical appearance, condition and character of the area, may impact water supplies and/or water quality and may negatively impact the health, safety and welfare of the general public,” in a way that could lead to “an irreversible incompatibility of land uses,” according to board documents.

Kuehl has expressed particular interest in the agricultural impacts of cultivation.

“I don’t see treating this crop any better or any worse” (than any other), Kuehl said.

The board asked the Department of Regional Planning to come back in two weeks with an interim report on the matter, including the pros and cons of a tax.

Two new members will be elected to the board by the time it is likely to be in a position to react to changes in state law, as Antonovich and Supervisor Don Knabe are termed out at the end of the year.

However, if marijuana becomes legal, state officials are likely to take months, if not years, to work out the details of enforcement, according to the county’s director of regional planning.