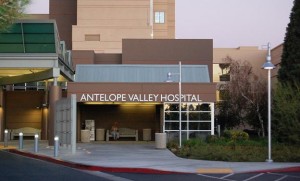 LANCASTER – Antelope Valley Healthcare District has closed a structure to refinance all of the district’s debt into a fixed-rate long-term public bond issue, officials announced Tuesday.

This refinancing strengthens Antelope Valley Hospital’s financial flexibility by eliminating the balloon payment on its existing debt that was due in September 2017.

The $140 million Series 2016A bonds will reach final maturity in 2046. Net interest cost on the bonds is just below 5 percent, which is slightly lower than current market rates of the HUD insured loan previously considered.

As part of the refinancing, the “cash on hand” covenant has been reduced from 90 to 55 days, debt service coverage ratio has been reduced to 1.2 from 1.3, and the mortgages on the medical office buildings owned by the district have been removed.

The new indenture also allows the district to close a line of credit that will help with cash management and supplemental payment variability.

“These market transactions, combined with our current strong financial performance, speak to a bright future for our hospital and for the healthcare of our entire community,” stated Dr. Doddanna Krishna, chairman of the board of Antelope Valley Healthcare District. “We are now better positioned than ever to fund the kind of ongoing operations, select capital projects, and new programmatic needs that will allow our hospital to keep up with the demands of our growing population.”

The securing of the new bond offering has been a multi-year project under the direction of hospital Chief Financial Officer Paul Brydon working in conjunction with Lancaster Pollard & Co, the district’s long-term investment banker.