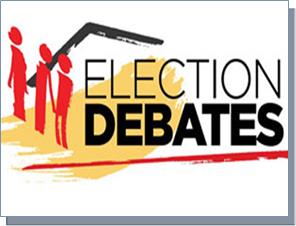 LANCASTER – The League of Women Voters Antelope Valley is sponsoring election debates for the City Council and Mayoral Office of the city of Lancaster.

“Here’s a great chance to see the candidates together, stating their positions, responding to questions, and being available afterward to meet all of them personally,” said League of Women Voters Board President Denise Latanzi.

The City Council debate will be held at 6 p.m. Monday, March 14, in the Lancaster United Methodist Church Grand Foyer, located at 918 West Avenue J in Lancaster.  Dennis Anderson, recently retired editor of the Antelope Valley Press, will moderate this debate.

The Mayoral Debate will be held at 6 p.m. Monday, March 21, at the same location. Judi Owens will serve as moderator.

The next General Municipal Election for the city of Lancaster is Tuesday, April 12. [Click here for election information.]

[Information via news release from the League of Women Voters Antelope Valley.]