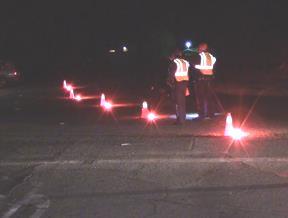 Guillermo Carrillo of Lake Los Angeles died at the scene and was located by a passing motorist who called 911, according to a California Highway Patrol report.

“An unidentified driver of a Chevrolet pickup was traveling eastbound on Avenue N-8. Mr. Carrillo was walking on or near the roadway of Avenue N-8, just west of 167th Street East,” the CHP report states.

Investigators believe Carrillo was struck by a 1990 Chevrolet 1500 pickup truck. They’re seeking witnesses to this collision.

Anyone who saw the crash is encouraged to contact the CHP’s Antelope Valley office at 661-948-8541.