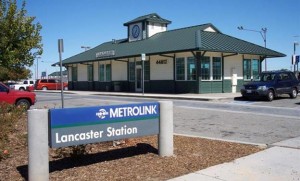 LOS ANGELES – Metrolink will have a limited service schedule during the holidays, the agency announced Monday.

Metrolink will operate a Sunday schedule on the San Bernardino and Antelope Valley lines only on Christmas Day, Friday, Dec. 25, 2015. No other lines will operate.

Metrolink will operate normal weekday service on Christmas Eve and resume normal service on all lines on Saturday, Dec. 26.

On New Year’s Day, Friday, Jan. 1, Metrolink will again operate a Sunday schedule on the San Bernardino and Antelope Valley lines only. However, it has been modified to allow people to attend the 2016 Tournament of Roses Parade® in Pasadena. No other lines will operate.

On the Antelope Valley Line, the first train (train 258, normally train 260) will depart Lancaster at 5:40 a.m., arriving at Union Station at 7:40 a.m. From L.A. Union Station, passengers can transfer at no additional charge to the Metro Gold Line and get off at the Del Mar, Memorial Park, Lake, or Allen stations. The parade route is just a short walk from the stations.

For more information on public transit to the Rose Parade click here.