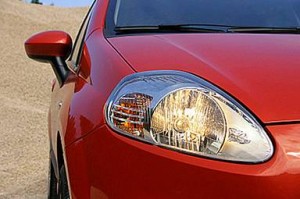 PALMDALE – December is National Drunk and Drugged Driving (3D) Prevention Month.  The city of Palmdale is requesting citizens to drive with their headlights on during the day on Friday, Dec. 18, as part of a “Lights On for Life” campaign in honor of those killed or injured by drunk and impaired drivers.

“We’re asking our residents to join the city and the Palmdale Sheriff’s station to help raise awareness of the dangers of impaired driving,” said Palmdale Crime Prevention Officer Kery German. “‘Lights On for Life’ is a simple way to honor and recognize those who have been killed or injured by drunk or impaired drivers. By driving with your headlights on throughout the day on Dec. 18, you will be taking a stand against drunk driving.”

“If you drive after drinking or using drugs, you will be caught, arrested and prosecuted,” German said.  “Not only is this an embarrassing situation, but also expensive.  The cost of your defense and potential fines can be thousands of dollars and you can even lose your car, or worse yet, take another person’s life.”

The city is also participating in the “Tie-One-On” campaign which runs until Jan. 1, 2016. Residents may pick up a red ribbon at Palmdale’s Neighborhood Services Department at 38250 Sierra Hwy. on the 2nd floor, Monday through Thursday from 7:30 a.m. to 6 p.m., and display the ribbon on their car antennas in support of 3D month.

Red ribbons will be displayed on all city maintenance vehicles and will also be provided to the Palmdale Sheriff’s Station for display on all patrol vehicles.