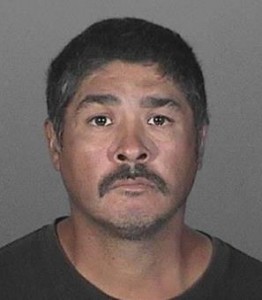 LOS ANGELES – A Kern County man entered a no contest plea Monday for attempting to kidnap and rape a 13-year-old girl who was seated at a Santa Clarita bus bench last year, the Los Angeles County District Attorney’s Office announced.

Guillermo Lomelí Ceniceros, 40, of Rosamond pleaded no contest to one count of attempted kidnapping to commit rape.

He was immediately sentenced to seven years in state prison and was ordered to register as a sex offender for the rest of his life, according to Deputy District Attorney Julie Kramer.

The witness kept an eye on Ceniceros and directed responding deputies to his location, Sheriff’s officials said previously.

Ceniceros had been living in a wash near Soledad Canyon and the 14 Freeway for a few months at the time of the crime, according to the District Attorney’s office.

11 comments for "Rosamond man pleads to attempted kidnapping of teen"