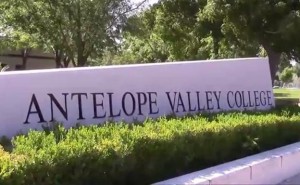 LANCASTER – Antelope Valley College resumed a full schedule of class and business operations today after being closed much of Tuesday because of unspecified threats made online and via text messages.

AVC President Ed Knudson addressed the issue in a statement released Wednesday. Read it below:

Early morning on Tuesday, Dec. 1, a threat was received via text message by some of our students and was reported to the Los Angeles County Sheriff’s Department (LASD).  The Lancaster station of the LASD and the substation on the AVC campus responded to the complaint and began an investigation.

Campus administration was notified of the threat between 4:30 a.m. and 6 a.m.  By 7 a.m. the college’s executive team was assembled. After receiving a briefing from law enforcement and a thorough review of the information available at the time, the decision to close campus and evacuate was made at 7:55 a.m. The safety of all faculty, staff, students, CDC Child Care Center, SOAR High School, and the CSUB satellite campus [was] the greatest priority.

The evacuation of campus took less than an hour. Campus was swept by the LASD K-9 unit and the AVC Maintenance & Operations crew.  By early afternoon, the campus was clear of any threats. The decision was made to reopen for evening classes.

Throughout the event, our RAVE Alert System, website, social media, text messaging, on-campus radios, and e-mail were used to keep the community, students, faculty and staff apprised of the events as they unfolded.  These systems worked effectively with few exceptions that we will continue to improve in the future.

I want to thank the entire Los Angeles County Sheriff’s Department. Officers were called in on overtime. Deputies traveled from Santa Clarita to work with the team here. We had a heightened presence on campus before 6 a.m. These professionals kept us briefed on the investigation, patrolled constantly, deployed the trained security officers and AVC student cadets throughout campus. Their response was immediate, comprehensive and thorough.  I am thankful for not only their presence on campus, but also the professionalism and care with which they dispatch their duties.

The AVC executive team came together swiftly, responded calmly and professionally, openly discussed alternatives and advised me objectively, openly and honestly.  I cannot thank each of them enough for this tremendous work.

Our Maintenance and Operations staff exceeded all expectations. This crew was instrumental in sealing off campus. They assisted with evacuating students and staff, checked and locked down all buildings, and then swept campus looking for stragglers and suspicious elements.  Doing this work in a drill is one thing. Doing it when the nature of the threat is unknown, quite another.  I thank everyone in our Facilities, Maintenance and Operations staff for their diligence and courage…no one asked to go home.

The investigation into the incident and the threat is ongoing and progressing. As information from LASD becomes publicly available, we will share it.  This threat represents a serious crime and our persistent support of the LASD in their investigation is essential.

The fact that this incident ended without harm or injury is something for which I am tremendously thankful.  Today is a new day. Our college is open as usual, and the good work we do will continue.

8 comments for "Statement from AVC president regarding Dec. 1 campus closure"