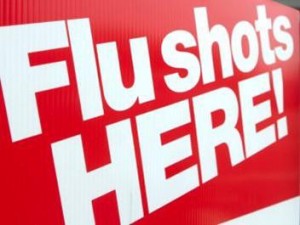 The clinic will open at 9 a.m. and is scheduled to continue until to 2 p.m. [It may close earlier if all 400 doses have been delivered.]

The drive-thru location will be alongside the Antelope Valley Outpatient Imaging Center at 44105 15th Street West in Lancaster. Participants are asked to enter from 15th Street West and follow the signs directing them to the flu station.

The flu clinic is free and open to the public.

AVH’s flu vaccines are available to those 18 years and older. Those who should talk to their doctor before getting a flu shot include anyone who:

Health officials say it’s important to get vaccinated early in the season as it takes at least two weeks for the immunity to build up.

“People often don’t realize how serious the flu can be,” stated AVH Infection Prevention Manager Joan Cordova, RN, MSN. “Not only can it be a life-threatening illness, it also can have a huge impact on people’s lives as it can force them to miss work and even end up in the hospital.”

According to the Centers for Disease Control, flu-related complications lead to 226,000 hospitalizations and thousands of deaths each year. Earlier this month, the California Department of Public Health announced the first flu-related death in California.