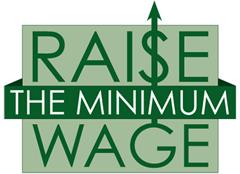 The ordinance gives businesses with 25 or fewer employees an additional year to reach the $15 hourly pay rate.

The board initially approved the county wage hike on July 21.

After 2022, the wage will be adjusted annually based on the cost of living.

Knabe opposed tying the minimum wage to a cost-of-living index, saying it would limit the county’s flexibility in difficult financial times and hurt small businesses.