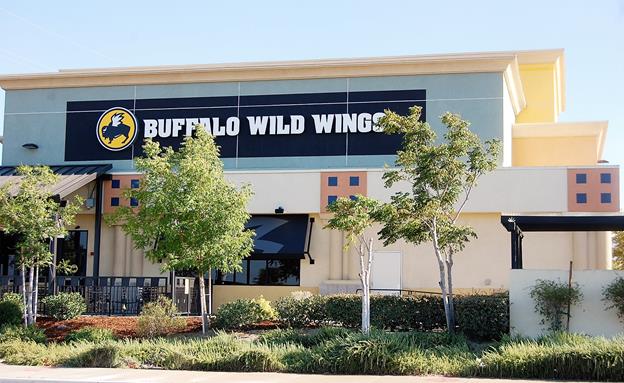 PALMDALE – Buffalo Wild Wings and four black men settled the plaintiffs’ lawsuit alleging that a white server at the Palmdale restaurant made a remark with racist undertones before demanding that the men pay or produce a credit card before she would serve them.

Gary Rand and Suzanne E. Rand-Lewis, the lawyers for the four men, released a statement Friday confirming the settlement, adding they could not comment on the terms.

“However, we commend our clients for bringing to light longstanding issues in the region,” the statement read. “We have previously handled other cases involving multiple African-American individuals who were racially profiled at restaurants in the Palmdale-Lancaster area. African Americans were required to pay for food service in advance. In our opinion, this is an institutionalized racist practice which seems to have pervaded the region.”

A Buffalo Wild Wings representative did not immediately reply to an email seeking comment.

According to the lawsuit, the four men went to the restaurant on 10th Street West on Aug. 12, 2014, and waited until a table was available. After being seated, Rossi approached and took their drink orders, the suit stated.

Predom asked for a beer and his companions requested water, but Rossi told them they had to pay or give her a credit card before she would serve them, according to the lawsuit. The plaintiffs, surprised at the request, asked for an explanation, the suit stated.

Rossi allegedly replied: “I’m not going to pay for anybody’s meal. I’ve had you people run out on me before.”

After Berry told the server they did not feel comfortable paying in advance, Rossi “became upset and walked away in an aggressive manner,” the suit stated.

Reluctant to believe they were being treated different because of their race, the four went to guests at other tables to ask if similar demands were made of them, according to the suit.

“The customers at these tables, all of whom were Caucasian, not of color, advised plaintiffs they had not been requested to do so,” the complaint stated.

The four then complained to Duran, who told them Rossi was adhering to a Buffalo Wild Wings policy and refused to do anything, the suit stated. But after the four told the manager that white guests said they were not treated the same way, Duran apologized and offered them gift cards, which they declined, according to the lawsuit. The four, upset at how they were treated, then left the restaurant, the suit stated.

The alleged discrimination against the plaintiffs contradicts Buffalo Wild Wings’ representations to customers that the restaurant chain wants to “WOW people every day” and for customers to receive “the highest level of satisfaction with an extraordinary focus on friendly service, food, fun and value,” according to their court papers.