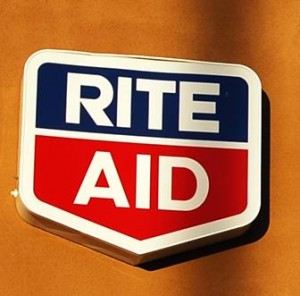 LOS ANGELES – Rite Aid was ordered Friday to pay $5 million in punitive damages to a former manager who said he was harassed by supervisors after he suffered a neck injury while trying to stop a robbery at his Lincoln Heights store, bringing his total award to $8.7 million.

A Los Angeles Superior Court jury deliberated for an hour before finding in favor of 55-year-old Robert Leggins of Lancaster. On Thursday, the panel concluded he was the victim of disability harassment and wrongful termination and awarded him $3.7 million in compensatory damages.

The panel also found that Rite Aid acted with malice, setting the stage for Friday’s second phase of trial to determine whether Leggins should be awarded punitive damages.

The suit, filed in June 2013, stated that Leggins had to undergo several surgeries after the 2007 holdup, in which his spine also was hurt. He said the injury made it hard for him to lift, pull and push merchandise.

In 2011, Leggins asked for a transfer to a lower-volume store in a better area and was told by one of his supervisors that he could move once he “cleaned up” his current store.

When Leggins complained he was in pain and could not clean stock rooms, another of his supervisors gave him more such assignments and accused him of “slacking off,” according to his court papers.

The additional work caused him more injuries and he hurt his neck and shoulder breaking down a pallet of merchandise in a stock room, the suit stated.

One supervisor told Leggins that “all black people do is complain” and said he was being “insubordinate” for continuing to ask for a transfer, according to his lawsuit.

Leggins says he was suspended in January 2013 for closing his store at 5:30 p.m. on New Year’s Day, even though he was given permission by his supervisor to do so. Leggins, a nearly 30-year Rite Aid veteran, had closed his store early on that holiday for two decades, according to his lawsuit.

Leggins was fired in February 2013. Rite Aid attorneys stated in their court papers that he was fired for closing early on New Year’s Day and because of performance deficiencies, including improper treatment of employees who reported to him.