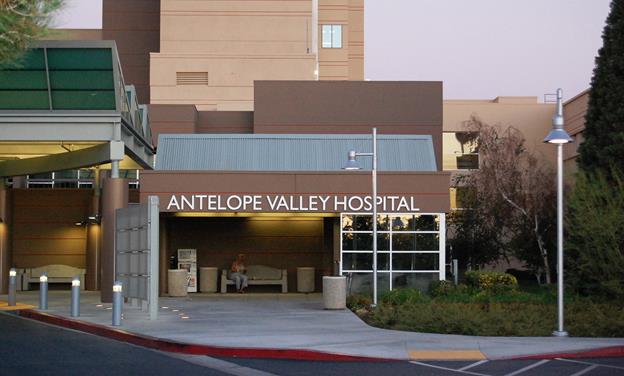 LANCASTER – The family of an elderly Lancaster woman was awarded $270,350 in a medical malpractice wrongful death lawsuit against Antelope Valley Hospital.

The Los Angeles Superior Court jury returned a verdict in favor of 90-year-old Valera Hebden‘s family on June 19, upholding the claim that Hebden had died from head and brain injuries after falling out of her bed as an inpatient at the hospital. The fall occurred on Nov. 3, 2012, and Hebden died from her injuries on Nov. 11, 2012. [View the complaint here.]

The family claimed Hebden needed assistance when getting out of bed in the middle of the night while medicated, but the hospital disagreed, according to the Law Offices of Steven D. Hillyard APC.

“It was an interesting case because the hospital took the position that they didn’t have to have one-on-one assist on patients that are elderly, that are on Coumadin, that are on oxycodone and on ambien,” Hillyard told The AV Times.

Hebden’s fall took place at about 4 a.m., according to Hillyard, who said her injuries included a fractured skull, a brain bleed in the back of her head, and a midshaft fracture of her femur that was both displaced and comminuted (broken into several pieces).

“And the family is saying, ‘what happened?’ They were trying to figure out what happened, and the hospital wouldn’t disclose anything, saying everything is confidential,” Hillyard said, noting that the Los Angeles County coroner determined Hebden’s death was due to “blunt force trauma from the fall.”

Hillyard said the key to this case was that Hebden needed a one-person assist to get out of bed – especially while heavily medicated – and that nurses prior to that day had evaluated her as a one-person assist. However, the nurse that night did not assist Hebden, saying the patient was independent and could get up on her own, according to Hillyard.

Though Antelope Valley Hospital admitted no wrongdoing, Hillyard said that the verdict demonstrates that policies need to change at the hospital – and with elderly treatment overall.

“They said you can’t put the bed rails up because that is a restraint,” he said. “Well, our experts said sometimes you need to restrain patients – and then tell them they need to call if they need to get up out of bed. So there is a lot of things they can do better, and this was preventable, and they just didn’t do it. I think hospitals need to step it up.”

According to Hillyard, Hebden was admitted to the hospital by her family on Oct. 31, 2012, to monitor an atrial fibrillation – an abnormal heart rhythm characterized by rapid and irregular beating.

The plaintiff’s case was also critical of how hospital staff handled the patient after her fall. Hillyard said nurses never called the paramedics or the ER department, but “put her back in bed without placing her in full C-spine precautions. They stabilized her head, but the fracture of her femur, for example, was totally displaced, visibly broken. You know, you just don’t pick up somebody (after a fall like that) and put them back in bed.”

The trial lasted a couple of weeks, and although $250,000 is the maximum verdict for general damages in malpractice cases, additional economic damages were added to the jury’s agreement “that Antelope Valley Hospital’s negligence was a substantial factor in causing harm to decedent, Valera Hebden,” according to the verdict statement.

The economic damages to the plaintiffs include $3,100 for funeral and burial expenses, $1,250 for past medical expenses, and $16,000 in past financial support.

Hillyard said his firm only recently began representing plaintiffs in medical malpractice cases. Before that, he had defended doctors and hospitals, which included the Regents of the University of California, for more than 30 years.

“I love (defense work) because we’re representing families that need help,” he said. “It is so costly to try these cases because you have to hire really top-notch experts to prevail on these things. Families don’t have a lot of money to do that, so we have to front that money, and there’s limitations on damages.”