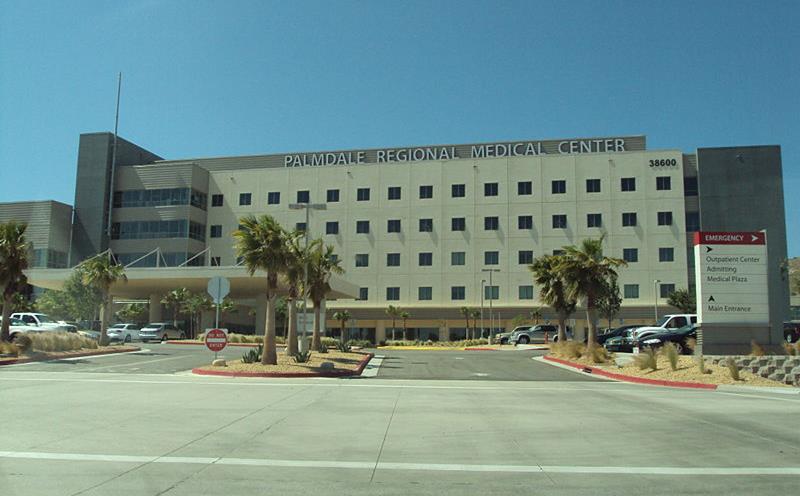 The lawsuit, filed on behalf of Eckard Nichols by the law firm of Garcia, Artigliere & Medby, alleges that Nichols developed a “baseball-size infected pressure sore on his coccyx” as a result of the hospital’s neglect and understaffing, the firm’s press release states. [View the complaint here.]

Attorney Stephen Garcia is claiming that the hospital attempted to cover up Nichols’ injuries in order to sustain its stream of income from MediCare.

“Had Palmdale upheld their legal obligation and filed reports of his injuries with the Department of Public Health, their MediCare funding as to Mr. Nichols would likely have been revoked,” Garcia said in a statement.

Garcia’s firm said that when Nichols was admitted to the medical center on March 21, his skin was free and clear of pressure sores, and that hospital staff was “well aware of the patient’s medical history and risk of developing pressure sores if not properly cared for.”

The complaint alleges that Nichols was left by staff to lay on a hard gurney – only being turned or repositioned once in a 24-hour period – a violation of the hospital’s policies and procedures.

“Mr. Nichols was constantly left unattended and unbathed, which led to the development of an open bleeding pressure sore,” Garcia’s firm stated, further noting that a wound care nurse examined the patient’s sore only to neglect any treatment.

Nichols was treated for pneumonia on April 5, and hospital staff continued to neglect him, the complaint charges. “As a result, his pressure sore worsened to a painful baseball-size infected sore that exposed his muscle and bone,” the law firm said.

In stark contrast to the firm’s claim of abuse, the regional hospital received a grade ‘A’ hospital score for patient safety in early May and was recognized by the national, nonprofit hospital safety watchdog, The Leapfrog Group, for protecting patients “from preventable medical errors, injuries and infections within the hospital,” according to a press statement on its website. [Read it here.]

Nawanna Chaidez, the hospital’s risk manager, responded to The AV Times’ request for a comment, saying the hospital cannot release any information on the pending litigation.

However, Chaidez did say that the hospital’s grade ‘A’ rating in patient safety far exceeds those ratings of other hospitals in the area.

Unmoved by hospital ratings, Garcia told The AV Times that the lawsuit reflects his firm’s mission to advocate for better care for the elderly and the disabled, who remain a particularly vulnerable segment of our society.

“Our work is important as a voice for those who no longer have the ability to speak for themselves, to fight for their respect and to protect their basic rights and privileges,” Garcia said.

A copy of the complaint can be viewed at: http://www.lawgarcia.com/wp/wp-content/uploads/2015/05/stamped-complaint1.pdf