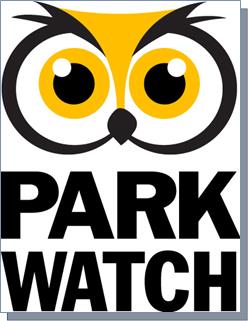 PALMDALE – Are you concerned about crime and vandalism at Palmdale city parks? If so, you are encouraged to attend the upcoming Park Watch meeting hosted by the City of Palmdale’s crime prevention staff and Los Angeles County Sheriff’s deputies.

The Park Watch meeting will be held at 6 p.m. Tuesday, June 16, at the Palmdale Oasis Park Recreation Center, located at 3850 East Avenue S.

Similar to Neighborhood Watch, Park Watch is designed to prevent crime and vandalism in neighborhood parks through community involvement.

“Our residents and park patrons are in a unique position to both enjoy and protect our parks,” said Palmdale Crime Prevention officer Kery German. “We’re encouraging residents to attend to learn how they can be a part of this crime prevention program for our neighborhood parks.”

“If you are unable to attend the meeting we ask that you still participate in Park Watch by simply reporting suspicious or illegal activity to the Sheriff’s Department, and vandalism, maintenance or other issues by calling the City of Palmdale’s 94-PRIDE hotline,” German said.

Park Watch is a crime prevention program for the City of Palmdale’s neighborhood parks. Similar to Neighborhood Watch programs, Park Watch asks park users to be extra eyes and ears for the Sheriff’s and parks and recreation departments. The program is an effort to report and prevent crime and vandalism to playground, park equipment and park facilities; to report suspicious activities in parks; to assist in the care and maintenance of city parks by alerting officials of maintenance needs or other concerns; and to promote public awareness for parks and recreation activities.

[Information via news release from the City of Palmdale.]