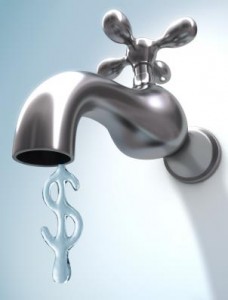 LOS ANGELES – The Los Angeles County Board of Supervisors on Tuesday postponed a vote on a conservation plan under which customers would face tripled charges for some of the water they use if they fail to meet targeted consumption cuts during the state’s drought.

All customers of the Los Angeles County Waterworks Districts are being asked to cut back, though those hardest hit are residents of areas with the highest per capital water use.

County customers in districts with less than 3,000 customers, such as Acton, are being asked only to comply with rules that limit outdoor irrigation to two days per week, as dictated by a statewide plan.

However, water customers in Lancaster (view the notice here) are being asked to cut back water use by 32 percent, using a 2013 baseline.

If the conservation plan is approved without changes, surcharges of 100 to 200 percent would be incurred by county water district customers who fail to meet set targets.

Supervisor Sheila Kuehl pointed out that other water districts were making similar moves to meet the state’s goal of reducing urban water use by 25 percent.

Antonovich called for the delay, saying he wanted the department to respond to residents’ complaints about miscalculations and unrealistic targets.

“We can’t be a responsible body unless we know the facts,” Antonovich said.

The matter is expected to be heard next Tuesday (June 2).

30 comments for "County postpones vote on penalties for water wasters"