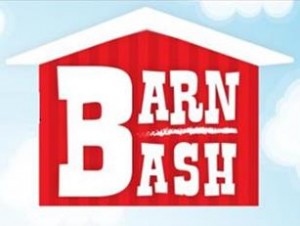 This year’s event takes at the H.W. Hunter Pavilion at the Antelope Valley Fairgrounds, beginning at 5 p.m. A BBQ dinner of pulled pork sandwiches, chicken, beans, salad and soft drinks will begin at 6 p.m., followed by a Silent and Live Auction at 7 p.m.

The annual Barn Bash is a fun, social gathering that raises funds to improve the livestock barns at the Fairgrounds. The event also helps to fund scholarships for Antelope Valley Fair junior livestock exhibitors who are graduating in 2015 and are seeking financial aid for college.

Over the years, money raised from the Barn Bash has contributed to numerous barn upgrades and improvements.

This year the goal is to raise enough funds to purchase new holding pens for the show arena and to purchase a cooling system that will cool the beef barn and continue to fund the scholarship program, according to organizers.

The BBQ Dinner/Auction tickets are $10 and can be purchased at the Antelope Valley Fairgrounds Exhibit Entry office, located inside the fairgrounds (2551 W. Ave. H, Lancaster), directly behind the R. Rex Parris Show Arena clock tower. Tickets are also available at the A.V. Fairgrounds’ administrative office (North end of the Turf Club at 2551 W. Ave. H, Ste. 102, Lancaster). Tickets can be purchased at the door on the night of the event, as well.