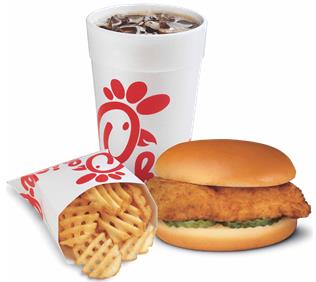 PALMDALE – A stand-alone Chick-fil-A restaurant at 730 W. Rancho Vista Blvd. in Palmdale is projected to open in September.

The new location will feature an upgraded interior, free Wi-Fi, additional patio dining and drive-thru service, according to the company. The restaurant will also include an indoor play area with an interactive section for toddlers.

Chick-fil-A will celebrate the grand opening of the new Palmdale restaurant by giving away a one-year supply of free Chick-fil-A meals (52 meals) to the first 100 adults in line on opening day.

Details on the local “First 100” celebration and other grand opening events will be announced as the opening date draws near.

The new Palmdale Chick-fil-A is one of 88 new restaurants the chain plans to open across the country in 2015, creating more than 7,400 new jobs, according to company officials.

49 comments for "Palmdale Chick-fil-A to open in September"