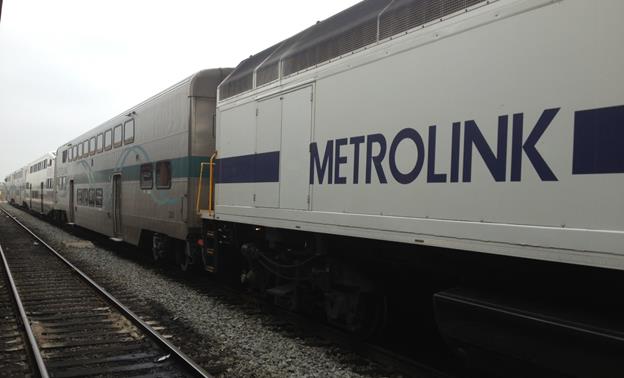 LOS ANGELES – Beginning July 1, Metrolink will be offering discounted fares to riders on its Antelope Valley Line as part of a fare pilot program.

Metro is one of five member agencies comprising the joint powers authority which governs Metrolink and provides funds to support the regional passenger rail service in Los Angeles County.

“We are very much looking forward to seeing the customer response to these new ticketing and fare options on the Antelope Valley Line,” stated Art Leahy, chief executive officer for Metrolink. “This fare pilot program is part of a larger effort by Metrolink to take a more comprehensive look at our current fare structure and ultimately identify potential fare changes which will benefit our passengers and improve ridership.”

The new fare pilot program, which will be in place for six months following its launch on July 1, will include several new ticket pricing options for riders on the Antelope Valley Line.

First, there will be a 25 percent reduction in fares on all ticket types for trips along the corridor spanning Los Angeles to Lancaster, with the exception of the Weekend Day Pass, which will remain at the current $10 fare.

Additionally, a new “station-to-station” fare will be introduced in which riders traveling during off-peak hours (9 a.m. to 2 p.m.) will be able to purchase a one-way ticket to travel between stations for $2 per station. For example, a one-way trip from Lancaster to Palmdale will be $2, while a trip from Via Princessa to Newhall (two stations between origin and destination) will be $4. The station-to-station fare is designed to encourage local trips using Metrolink as an additional mobility option complementing local bus service.

“The Metrolink fare reduction pilot program brings needed relief for the residents of the Antelope, Santa Clarita, and San Fernando valleys that had been priced out of the market, especially in the Antelope Valley” stated Antonovich, who is also a member of the Metrolink Board of Directors. “The more riders we gain through this program, the more long-distance car trips will be taken off Interstate 5 and State Route 14, enhancing mobility, cleaner air, and quality of life for Los Angeles County citizens.”

The funding approved via the Metro Board action includes the costs associated with marketing the fare pilot program, as well as ticket machine and web site programming, data collection and other related costs. It also increases Metro’s subsidy to Metrolink to account for any reduction in revenues that result from the lower fares.