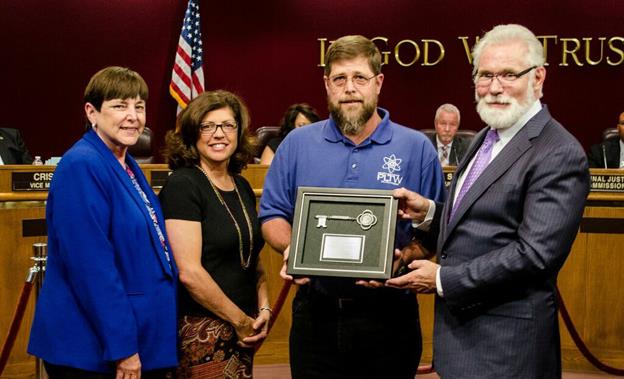 “A great representative of Lancaster, what he has accomplished is absolutely magnificent,” stated the Lancaster mayor.

Anderson is not just a mentor but also a companion who helps students succeed in the world of science, technology, engineering and math (STEM). The cutting-edge programs coordinated by Anderson are part of Project Lead The Way, the nation’s leader in K-12 STEM education programs.

The annual Project Lead The Way California State Conference recognizes three educators in the state of California. The Gateway Teacher of the Year award is presented to an educator that teaches middle school students engineering and biomedical science curriculum.

2 comments for "Joe Walker teacher receives key to the city"