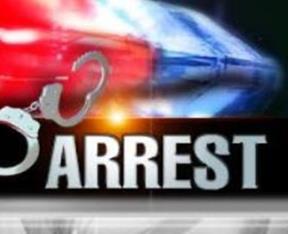 The CHP officer initiated a traffic stop because the driver was not wearing a seatbelt, Figueroa said, and a records check showed that Lomeli was a wanted fugitive out of Cottonwood.

“After being arrested, Mr. Lomeli advised Officer (C.) McMichael that he had ingested 4 grams of methamphetamine during the traffic stop,” Figueroa said. “Officer McMichael requested an ambulance, and Mr. Lomeli was transported to Antelope Valley Hospital, where he was treated and released and taken to jail.”

CHP officers conduct thousands of traffic stops everyday throughout California, but they are never routine, officials said in a news release.

“Whenever we take a dangerous wanted person off the streets, the people of California can sleep a little better at night” stated Captain Gretchen Jacobs, Commander of the Antelope Valley Area Office. “We’re proud of our officers and we will continue to provide the highest level of safety, service and security to our unincorporated cities throughout Los Angeles County.”

2 comments for "Fugitive from Arizona caught in AV"