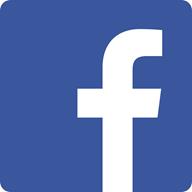 Facebook has lost its edge. It has become more than it can handle by itself and is just going too far.

For instance, consider Facebook messenger. It is an app for Apple, Android, Samsung and Windows systems that takes control over mobile devices when the user agreement is accepted. It can access calls, texts and both cameras.

Facebook is global, so that means that well-experienced hackers from around the world could watch everything you do.

Facebook bought Instagram in April 2012 for $1 billion. Instagram is a waste of Facebook’s time and money. There is no reason why Facebook needed to have it. Some people are starting to think that the Facebook owners are getting greedy and just want money. Others don’t even see a problem with it. I think the Facebook Corporation is getting out of control.

Snapchat is an app for sending a friend a “selfie” for only a limited amount of time in seconds. Facebook offered $10 billion to buy Snapchat, but the owners refused to take the offer. Some people would have taken the offer right away; others would have done the same as the owners and declined the offer. I think that Facebook wanted to buy Snapchat to get rid of the competition.

Facebook has lost its edge. It has become more than it can handle by itself and is just going too far.