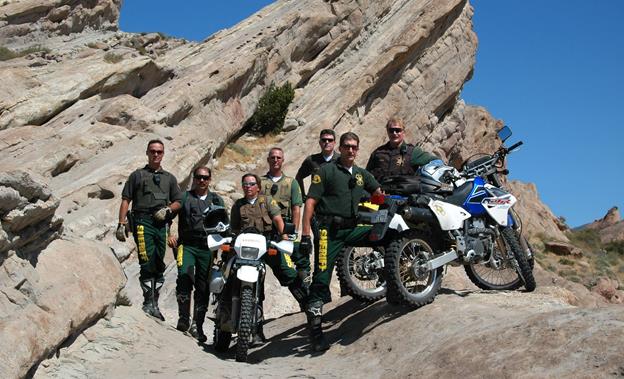 PALMDALE – The Palmdale Sheriff’s Station is currently applying for a grant through California State Parks for the Off-Highway Vehicle Enforcement Team.

The process allows for a 30-day public review and comment period. This period provides an opportunity for the public to review the preliminary application submitted to the Off-Highway Motor Vehicle Recreation (OHMVR) Division for consideration during the current grant cycle. The Palmdale Sheriff’s Station is encouraging residents to view the grant application and submit comments and questions. View the application here.

Comments on the application must be received between March 3 and April 6. The public may provide comments to both the Palmdale Sheriff’s Station and the Off-Highway Motor Vehicle Recreation (OHMVR) Division by emailing jkacton@lasd.org and carbon copying OHVinfo@parks.ca.gov.

The Palmdale OHV team consists of one lieutenant and three deputies and the Lancaster team consists of one sergeant and five deputies. In addition to this, the Oriented Policing Services (OPS) team, a county funded unincorporated quality of life unit, has a sergeant and two deputies assisting with OHV patrol needs. The Palmdale OHV team deploys on various weekends and holidays and is required to handle OHV complaints which are called in by the public.

During the year 2014, Palmdale and Lancaster Stations received and responded to 710 OHV-related calls for service, according to the grant application.

The grant period for the 2013-2014 years resulted in 95 citations, 172 warnings, eight felony arrests, 12 misdemeanor arrests, 16 towed/recovered stolen vehicles and one gun seized during the course of 39 deployments.

The team also conducted patrols on the Fourth of July to quell illegal firework activity. The team extinguished two small fires caused by fireworks in Lancaster this past Fourth of July, long before the fire department could arrive due to the inaccessible terrain, according to the grant application.

The team regularly patrols the areas which are open for OHV enthusiasts, conducts equipment checks, and provides information to trail users. Over the past several years, the team has focused on quality of life concerns and destruction of property from illegal trespassing. As a result, the team has been more visible in the rural areas.