On Feb. 26, 1978, Low and Plumleigh were involved in a traffic accident while responding to an emergent call. Low, 30, died on the day of the accident, and Plumleigh, 21, died a few days later.

For the past few years, the Lancaster Sheriff’s Station has marked the Feb. 26 anniversary with a memorial at the crash site.

From 6 a.m. to 6 p.m. Thursday, deputy personnel would be conducting a daylong tribute in memory of Low and Plumleigh, who paid the ultimate price for their dedication in serving their community, said Lancaster Community Relations deputy Miguel Ruiz. 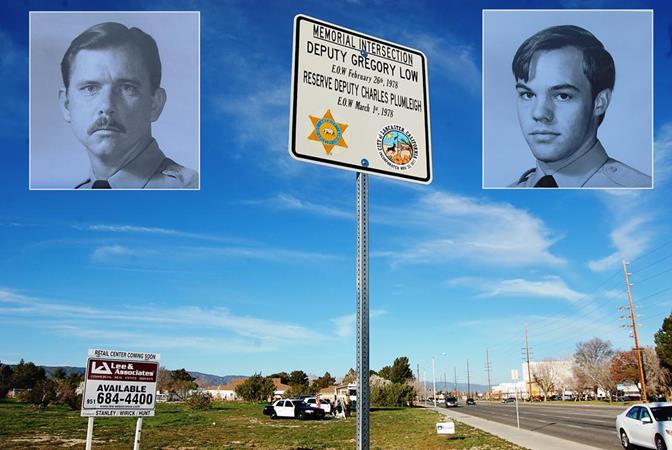