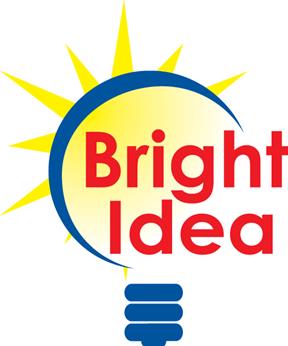 PALMDALE –The Ash Center for Democratic Governance and Innovation at the John F. Kennedy School of Government, Harvard University, has recognized the city of Palmdale’s Transit Village Initiative as part of its 2015 Bright Ideas program.

This year’s cohort includes 124 programs from all levels of government—school districts; county, city, state, and federal agencies; as well as public-private partnerships—that are at the forefront in innovative government action. Read more about the Bright Ideas here.

Palmdale’s Transit Village Initiative was originally implemented in January 2013 in order to revitalize an aging neighborhood challenged by crime and safety concerns, low socio-economic demographics and the absence of consistent resident investment. The collaborative connected traditional resources with engagement opportunities to promote a sustainable neighborhood model.

“The Transit Village area has long been viewed as a ‘problem’ area by the community as a result of higher crime statistics, elevated school transiency rates, lower socio economics and an aging infrastructure, exacerbated by transient residency, absent property owners and cultural separation within the neighborhood,” said Director of Neighborhood Services Mike Miller.” “We designated the area as one of our Focus Neighborhood’s in March 2000, and used traditional resources such as housing grants, targeted law enforcement, code enforcement and parking enforcement to raise the bar. However, it became clear to us that those efforts, while good in and of themselves, lacked a sustainable model for success.”

In early 2013, Palmdale began reviewing past efforts with an eye to improving the sustainability of the initiative. Partnering with representatives from the Los Angeles County Sheriff’s Department, city staff identified several key hindrances to success, including a lack of sustainable efforts, fiscal challenges, a “disconnect” with residents, cultural barriers, lack of trust of authority and government, and a need for direct engagement with residents and property owners.

In an effort to engage the community and gather input, more than 100 sheriff’s deputies, city staff and community volunteers conducted a neighborhood survey in January 2013 to address public safety concerns, with a supplemental section on city programming. In all, 541 surveys were completed.

“As a result of the survey and subsequent analysis, Palmdale implemented a neighborhood-based strategy to not only address the critical issues, but also engage residents to insure investment and long-term sustainability,” Miller explained.

Based on the survey results and subsequent analysis, the city of Palmdale:

“The Bright Ideas program demonstrates that often seemingly intractable problems can be creatively and capably tackled by small groups of dedicated, civic-minded individuals,” said Stephen Goldsmith, director of the Innovations in Government Program at the Ash Center. “As exemplified by this year’s Bright Ideas, making government work better doesn’t always require massive reforms and huge budgets. Indeed, we are seeing that, in many ways, an emphasis on efficiency and adaptability can have further-reaching effects than large-scale reforms.”

[Information via press release from the city of Palmdale.]