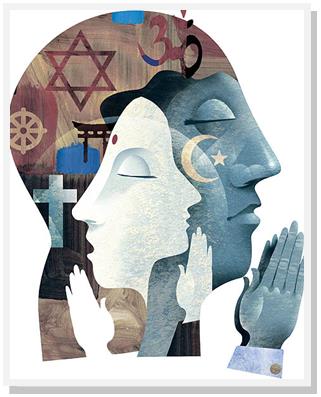 HB 5958 stirred national controversy. Still, it passed the House and it’s on its way to the Senate. Legislators favored the bill because they want to uphold religious freedom. Michigan Catholic conference spokesperson Tom Hickson labeled House Bill 5958 in favor of tolerance and diversity.

Those who oppose the bill think that if it is passed, medical professionals may deny services for the reason of religious preferences. Also, employers might impose their faith on their employees. Beth Duman of Livingston Country PFLAG, an organization for parents and families of lesbian, gay, bisexual, and transgender people, questioned HB 5958.

Despite what’s in our Constitution and despite what our legislators are doing, so many people still get unfairly judged because of their religion.

We all have the right to worship as we choose based on our beliefs. We are all free in that aspect – as far as this country is concerned – and we should defend our choices in life.

I have studied four different religions in my whole life – Catholics, Mormons, Jehovah’s Witnesses and Atheism. The first three talked about everything religious, specifically about a god. They all tell you different things. It’s confusing and difficult to decide what’s true and what’s not; that is why I chose to be an atheist.

That’s my personal point of view. I don’t pressure anyone to believe in what I believe in. I don’t bother or judge them because of their religion. I respect them because that’s their idea of how to live their lives.

I am aware that people often judge me by saying that I am a “devil worshiper,’’ which I am not. I just don’t believe in any god or denomination. That’s all.

People often think that I’m bad because of the music I listen to, or the friends I have. In reality, my friends and my type of music have nothing to do with that. Some people happen to be very religious, and I am not. I will continue to respect other people. I will not judge them, because I am not a judgmental person. I think everybody will just have to do that. If we can just respect others as much as we want to be respected, then life would be better.

27 comments for "Defending our religious freedom"