By Ashley Clutter, exec. asst. to the president, University of Antelope Valley

LANCASTER – Lawrence Buenaventura and Christopher Cueto, both enrolled at UAV in the Fire Science Associate degree program, should be called heroes.

Buenaventura and Cueto had completed a full day of lectures and skills training in Captain Hamilton’s classroom. When exiting the Sierra campus Tuesday, Jan. 27, they noticed a $100 bill on the ground. Cueto picked it up.

Buenaventura noticed another $100 bill and picked it up, and then they noticed even more bills – altogether $700 scattered on the ground. 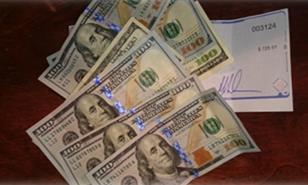 Neither man asked what they should do.

They immediately walked to the main reception area where they met Sgt. Gerald Brown, UAV security lead, and handed him the seven $100 bills.

The two men again exited the campus and noticed on the ground a check for $725.10; they turned that in as well.

The story does not end there. The check had a name imprinted on it and an endorsee on the reverse side. Sgt. Brown turned to Facebook, and he was successful in tracking down the owner of the funds.

The woman had not realized she lost the check or the cash until she listened to a message left by Brown stating, “I am calling from UAV and we may have found something that belongs to you.”

When finally speaking to Brown, the first thing the woman said was, “Please tell me you found my daughter’s rent money.”

Honesty and character count, and these men are examples that doing the right thing is always the best policy.

A successful future as firefighters is predicted for Buenaventura and Cueto, and we acknowledge them as character heroes.