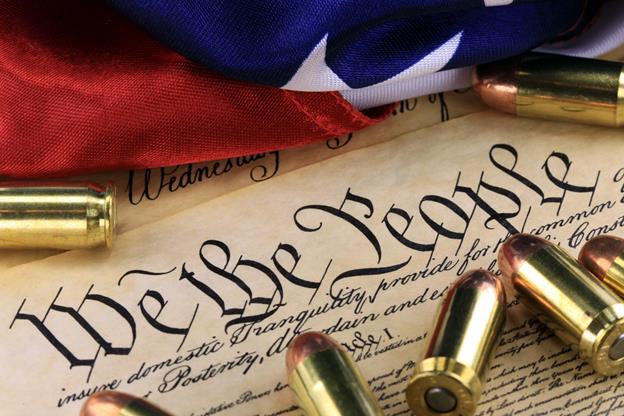 I believe the government is slowly taking away our right to bear arms, even though it is included in one of the first 10 amendments in the Bill of Rights. The law giving us the right to bear arms was passed by the Congress on September 25, 1789 and ratified on December 15, 1791. This right of ours should not be taken away from us. These rights are important to protect us and protect our country.

I read that although gun controls differ from state to state, the courts have permitted the government to limit some rights of gun manufacturers, owners and sellers. I guess it’s confusing because we don’t know whether the right to use and buy guns belongs to individuals or only to a militia.

Obviously, most people say that we have the right to bear arms, yet they don’t see the thin line between ‘yes, we have it’ and “no, we don’t have it.” It’s confusing because there are so many reckless people and unjust laws that make it controversial. On one hand, the state should recognize our right to bear arms because, in so many ways, guns are our protection. On the other hand, people should be responsible enough to prove to the state that we do not abuse the right to bear arms so that the state will not take that right from us.

According to Linda Monk in her write-up “The Words We Live By”:

“The American Revolution was fought by minutemen, ready with their guns at a moments notice. Early Americans believed that a militia, composed of citizen-soldiers, was a better safeguard of their liberties than a standing or permanent army.”

(Annotated Guide to the Constitution, 2003)

I think the government should be rational and leave our rights for us to enjoy. They should adhere to the constitution and not be the first to break it. As to our right to bear arms, guns are to be used for our protection from robbers, thieves, thugs, criminals and dangers of all sorts. Sometimes, I think that our government is being corrupt, especially when they try to limit our rights and freedom.

I understand that in the past some people used guns for the wrong reasons. Nowadays, we know better. I admit that some people are reckless, but not all of us are like them. Most of us are responsible. The government should not act like we are animals, that they can snap their fingers and tell us to do what they want us to do even though its violating our rights.

Our ancestors and the founders of this land fought hard for us to have our rights. I don’t think it’s fair to take away the rights that set the foundation of our state. If that’s the case, then this country is really not worth coming to.

42 comments for "Our right to bear arms"