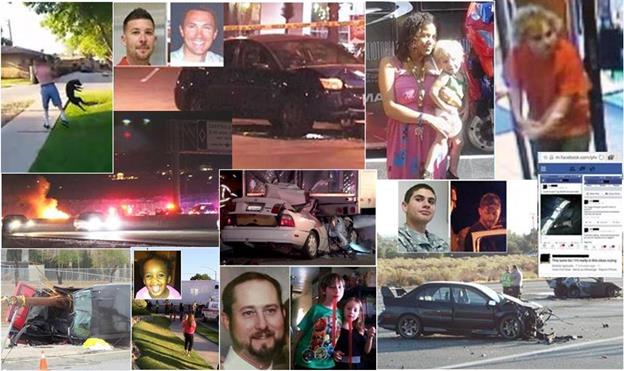 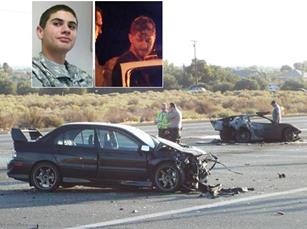 On Sept. 27, 2014, 21-year-old Daniel Orellana Jr. died inside his burning Mitsubishi Eclipse. The car burst into flames after it was rear-ended by alleged drunk driver Jeffrey Brooks at the intersection of Avenue S and Sierra Highway in Palmdale.

Brooks was arrested at the scene and later charged with murder.

Our initial story on the collision was the 10th most viewed story of 2014. Read it here. 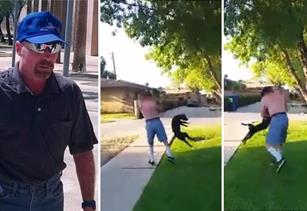 On Aug. 8, 2014, Lindsey Cooks was waiting at a Lancaster bus stop, when he noticed a shirtless man swinging a yelping puppy in the air by its leash. Cooks began recording the incident on his cell phone.

The video led to the arrest of Robert Martin, who eventually pleaded no contest to felony animal cruelty.

Our initial story included the hard-to-watch video, which shows the puppy being body slammed onto the pavement and the abuser yelling racial slurs. It was our 9th most viewed story of 2014. Read it here. 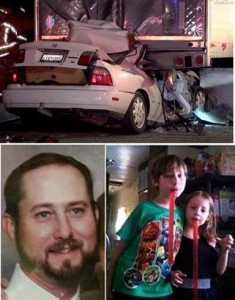 On Dec. 8, 2014, Lancaster resident Alan Dean Edwards and his two young children were killed when their vehicle slammed into a big rig.

After the preliminary investigation, Sheriff’s officials said Edwards deliberately slammed his speeding car into the parked tractor trailer without making any attempts to stop.

The alleged murder-suicide stunned and saddened the community. 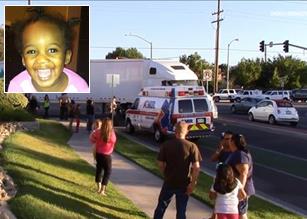 On June 3, 2014, Te’Yonnie Brown was hit and killed by a big rig while crossing the street with her mother in Lancaster.

The big rig’s driver was making a right turn from Avenue J onto Valley Central Way and didn’t see the 2-year-old girl in the crosswalk, authorities said.

The tragic accident was witnessed by many residents, who took to The AV Times to share their grief. 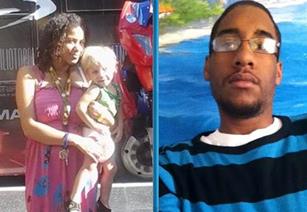 On Aug. 26, 2014, Palmdale resident Rosie Lee Wilson and her boyfriend, Brandon Jerel Williams, were charged with child assault, torture and mayhem. Wilson’s 22-month-old son was on life support, and Wilson and Williams were accused of beating and torturing the toddler.

Baby Anthony died about two weeks later, and charges against the couple were upgraded to include murder.

Our initial story on the incident was the 6th most viewed story of 2014. Read it here. 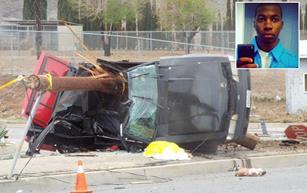 On Feb. 28, 2014, Semaj Chapman was killed in a single-vehicle collision in Palmdale.

The 18-year-old was driving eastbound on Avenue S when his Ford Mustang spun out of control on the wet roadway and crashed into an Edison pole.

The horrific crash was our 5th most viewed story of 2014. Read it here. 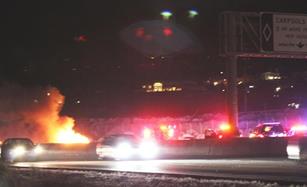 On July 4, 2014, 41-year-old Lamont Correll and his two sons, 13-year-old Devante and 10-year-old Jayvon, were killed after their vehicle burst into flames on the 14 Freeway.

The family’s Corolla was rear-ended by a Tesla, which was driven by popular Antelope Valley physician Ric Garrison.

Many details surrounding the fatal crash have not been released, and the incident is still under investigation. It was our 4th most viewed story of 2014. Read it here. 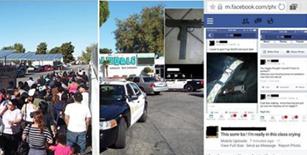 On Nov. 7, 2014, a 14-year-old boy was arrested for making criminal threats online, which triggered two lockdowns at Palmdale High School.

The boy allegedly posted pictures of guns on a Facebook page and threatened to shoot up the school.

The incident caused a brief wave of panic in the community, as frantic parents rushed to the school after seeing the Facebook messages. 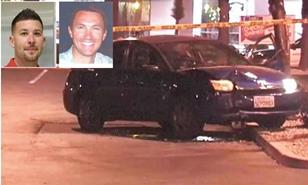 On Jan. 19, 2014, 34-year-old Erik Ungerman was shot and killed while stopped at a red light on Avenue K at 20th Street West in Lancaster.

The next morning, the gunman was found dead from a self-inflicted gunshot wound. He was Jeremy Whitman, a youth pastor intern at Lancaster Baptist Church and Ungerman’s best friend of many years.

The shocking incident was our 2nd most viewed story of 2014. Read it here.

On New Year’s Day 2014, a man allegedly entered the women’s bathroom at a Palmdale Denny’s restaurant and sexually assaulted a 10-year-old girl.

Authorities are still searching for the suspect, thought to be a local panhandler known as “Shrink.” There is a $20,000 reward for information leading to his arrest and conviction.

Our initial story on the incident received more than 150K page views, making it our most viewed story of 2014. Read it here. 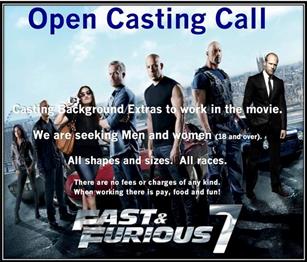 On June 9, 2014, we created a Facebook post informing readers about a Lancaster casting call for Fast & Furious 7.

The post reached more than 1.1 million people and garnered more than 60K likes, comments, and shares across Facebook, according to Facebook’s statistics.

As always, thanks for reading… Have a safe and prosperous 2015!