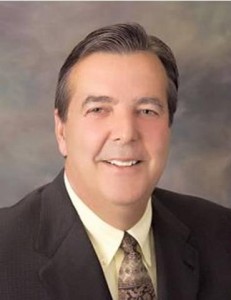 Ledford will speak at 3 p.m. Tuesday, Dec. 2, on the topic of “California & Southwest High Speed Rail Project Update.” He will discuss the state’s high speed rail system, construction schedule, and the many benefits it will deliver to the people of California and surrounding states. Joining Ledford on this topic will be Don Sepulveda of the LA MTA and Alex Metcalf of Transportation, Economic and Management Systems.

“It is an honor to be a part of this forward-thinking conference that has a comprehensive transportation vision for the future both here in California and across the nation,” Ledford said. “The California High Speed Rail project, and this new national electric transportation project, will help revive our economy and manufacturing sector by creating millions of new jobs. It will also be a catalyst for the next real estate boom, while significantly reducing our dependence on oil, shrinking our national carbon footprint, reducing congestion, and creating efficient mobility that’s safe and affordable for its passengers.”

For more information on the conference, visit www.ushsr.com/events/losangeles2014.html

About the US High Speed Rail Association

USHSR is the only organization in America focusing entirely on advancing a state-of-the-art national high speed rail network across the country. It is an independent, nonprofit 501(c)(6) trade association chartered to organize and mobilize the industry with a shared vision for a 21st century, 17,000 mile national high speed rail system built in phases for completion by 2030. The USHSR vision includes a national HSR Express system connecting cities and states into an integrated system, laid out in phases with an aggressive schedule for full system build out. The plan calls for a support network of 110 mph trains connecting smaller cities and towns together with the high speed system.