LANCASTER – Local detectives are seeking your help in locating a missing 14-year-old Lancaster girl who may be suicidal.

Danay Alissa Alford was last seen on Thursday, Nov. 6, running away from the 43400 block of 16th Street West in Lancaster after a verbal argument with her mother.

While leaving, Danay grabbed a knife and threatened to kill herself, according to detectives.

The 14-year-old is about 5 feet 7 inches tall and weighs around 120 pounds. She has brown eyes and black hair. She goes by the nickname of “Nay Nay.”

Anyone with information on whereabouts of Danay Alissa Alford is urged to call Detective Gore at the Lancaster Sheriff’s Station at 661-948-8466. 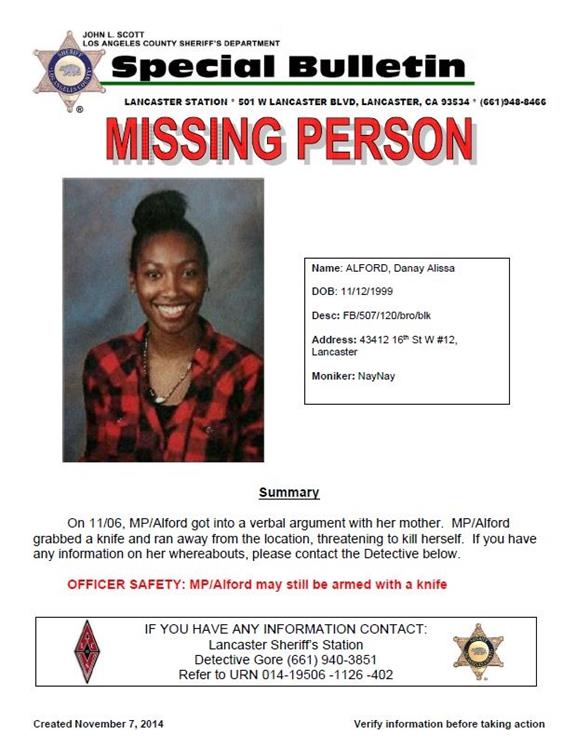