MOJAVE – A pilot died and another suffered major injuries Friday morning when Virgin Galactic’s SpaceShipTwo crashed in the Mojave Desert during a test flight, authorities said. 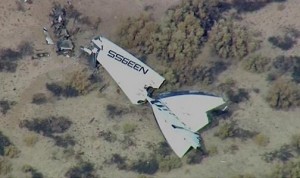 “SpaceShipTwo crashed out in the desert, northeast of California City. One of the occupants was able to parachute out; however, the other did not and was found deceased at the crash site,” said Sgt. J. Williams of the California Highway Patrol, Mojave Office. “The one occupant that parachuted out was airlifted to a hospital.”

That man suffered major injuries and was airlifted to Antelope Valley Hospital, officials said during a press conference Friday afternoon.

In a statement posted to its website, Virgin Galactic officials attributed the crash to “a serious anomaly.”

“Virgin Galactic’s partner Scaled Composites conducted a powered test flight of SpaceShipTwo… During the test, the vehicle suffered a serious anomaly resulting in the loss of the vehicle. The WhiteKnightTwo carrier aircraft landed safely,” company officials said in the statement. “The Virgin Galactic team is cooperating with our partners at Scaled Composites and the National Transportation Safety Board (NTSB), as well as local authorities.” 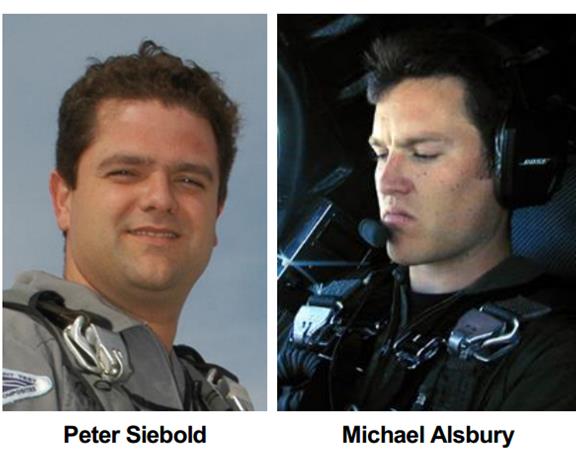 UPDATED 11/1/14: The pilot killed has been identified as 39-year-old Mike Alsbury, and the surviving pilot as Pete Siebold, 43. Both worked for Scaled Composites, which released the following statement Saturday.

“The Scaled Composites family lost a respected and devoted colleague yesterday, Michael Alsbury, who was the co-pilot for the test flight of SpaceShipTwo. Peter Siebold, the Director of Flight Operations at Scaled Composites, was piloting SpaceShipTwo. He is alert and talking with his family and doctors. We remain focused on supporting the families of the two pilots and all of our employees, as well as the agencies investigating the accident. We ask at this time that everyone please respect the privacy of the families.”

NTSB’s third briefing on crash of SpaceShipTwo in Mojave

NTSB’s second briefing on crash of SpaceShipTwo in Mojave

NTSB’s first briefing on crash of SpaceShipTwo in Mojave