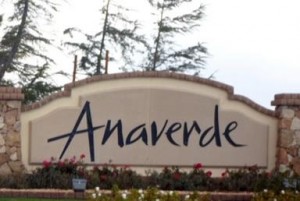 PALMDALE – A Southern California Gas Company spokesperson said Thursday afternoon that the company was starting to restore service to customers in the Anaverde Community who had been without gas since Wednesday evening.

“We have a large crew out there… they’ll try to get to as many homes as they can today, and if they can’t get to them, or if the residents aren’t home, they’ll come back to finish up,” said Angela Fentiman of SoCalGas.

Around 7:30 p.m. Wednesday, a natural gas regulator station in Palmdale lost its gas feed, resulting in a service outage to approximately 1,000 customers around the Anaverde Community, company officials said in a statement.

“The gas company is apparently flooded with calls from residents that don’t have gas.  People getting home from work can’t cook dinner, and families can’t have a warm shower tonight,” an Anaverde resident stated in an email to The AV Times Wednesday night.

“The gas has been restored in the pipeline,” Fentiman said Thursday. “Now we just have to get the customers back online.”

Crews are working as quickly as possible, but the process could take several days; and customers must be home for workers to complete the restoration process.

“The step-by-step process includes shutting off each meter, conducting a safety check of all appliances, turning each meter back on, then relighting pilot lights if needed. This procedure is done at every home and business for the safety of our customers, community and employees,” company officials said in the statement.

They’re warning customers not to turn gas meters on themselves.

SoCalGas has set up an information booth at the northwest corner of Tierra Subida Road and West Avenue S in Palmdale. More information about the gas outage is also available at SoCalGas.com.

The cause of the lost gas feed is under investigation.