The six month pilot program, which was formally initiated Sept. 1, 2014, will evaluate the feasibility of utilizing a Body Worn Camera System for Sheriff’s Department personnel to record interactions with citizens, the specifications for the procurement of a Body Worn Camera System device, file management software, cloud-based storage solution and an evaluation of future Department policy.

The pilot program will also identify the strengths and weaknesses associated with the use of a Body Worn Camera System in a law enforcement capacity.

The Deputies who participate in this pilot program are voluntary. Each Deputy will be provided training on the use of the device, maintenance, uploading video files, retrieving video files for viewing and evidence and protocols for utilization. Deputies will provide weekly evaluations to the Department project manager about their experiences and opinions.

A total of 96 Body Worn Camera System devices will be issued to Department personnel. The devices will also be tested in several side-by-side comparison tests by the Department’s Training Bureau. 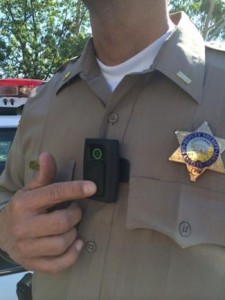 “The Body Worn Camera system is the next step in the modern evolution of law enforcement technology.  Just as radios and computers have become common place in law enforcement, these camera systems will be utilized by law enforcement as a matter of routine,” stated Project Director Chief Bob Denham. “The Los Angeles County Sheriff’s Department is systematically researching and testing these systems as well as developing policies and a process to manage the thousands of hours of video data that will be collected each year that will be needed in future law enforcement efforts.”