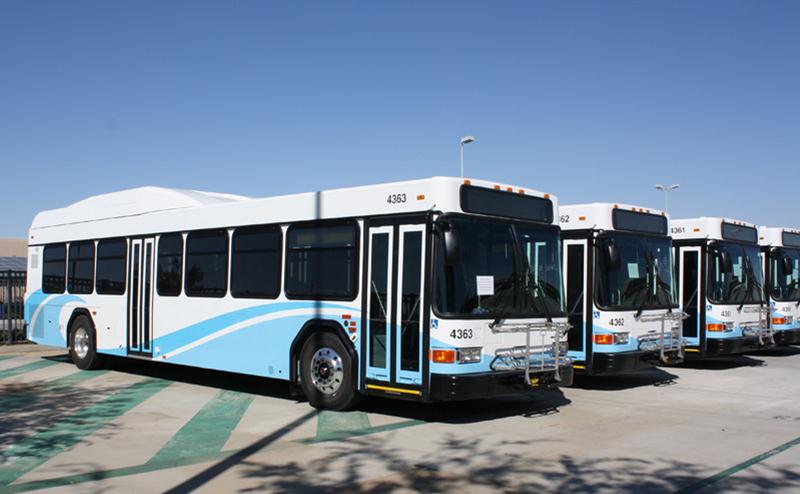 LANCASTER – The commute into the Los Angeles basin will soon be more convenient thanks to the Antelope Valley Transit Authority (AVTA), which is planning to increase its commuter service.

AVTA intends to add another roundtrip on two of its three commuter routes starting October 6 in an effort to accommodate the growing demand for additional service. The expansion will affect Route 787, which travels into the San Fernando Valley and Route 785 which travels into downtown Los Angeles.

“Our commuter service is extremely affordable and a relaxing way to travel into Los Angeles,” stated Executive Director Julie Austin.  “It’s such a nice alternative to driving in traffic that our service has become extremely popular and we are working diligently to keep up with the growing demand.”

The new commuter service will be funded in part through a $1.8 million Job Access Reverse Commute (JARC) grant from the Federal Transit Administration.

“The AVTA staff continually applies for competitive grants with hopes of obtaining additional funds for needed service,” said Board Chairman Norm Hickling. “This particular grant funding took considerable effort to obtain but the AVTA staff persevered and our commuters will be the beneficiaries.”

The grant funds will be used to purchase two new commuter coaches and absorb the cost of operating expenses for two years.  The addition of two runs brings AVTA’s total number of commuter roundtrips to 22, operating Monday through Friday.

A one-way fare ranges between $7.10 and $8.85 with a TAP card.  Commuter routes reach destinations such as UCLA, Cal State Northridge, Century City, and downtown Los Angeles.