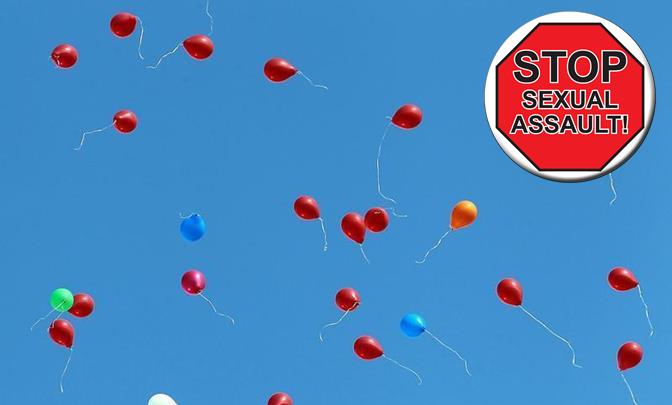 LAKE LOS ANGELES – A balloon release ceremony will be held this Friday in Lake Los Angeles to remind the community of local survivors of sexual assault.

The event is being presented by the Ladies of Lake LA: No Christopher Hubbart in the Antelope Valley, according to organizer and rape survivor Cheryl Holbrook.

“We feel it is important to honor victims and survivors of sexual abuse, whether it be rape or molestation,” Holbrook stated. “There are many sexual assault victims that need to know that we and our local leaders are there for them.”

Pastor Bob Benoit will lead attendees in prayer for all sexual assault victims, Holbrook said, and then the event will conclude with a balloon release to honor and give hope to local survivors.

Every two minutes, someone in the United States is sexually assaulted; and 60% of rapes/sexual assaults are not reported to the police, according to the U.S. Department of Justice.

“There are about 900 sexual offenders being released very soon in California, and more than 200 of them are sexually violent predators who will be released to our community,” Holbrook stated, citing research conducted by the Ladies of Lake L.A. “We will be handing out information, as well, to teach people how to protect themselves from being assaulted.”

A petition will also be circulated asking the Los Angeles County Board of Supervisors to pass an ordinance that restricts the residential placement of sexually violent predators, Holbrook said.

For more information on the “Balloon Release Ceremony for Survivors and Victims of Sexual Assault,” contact Cheryl Holbrook  at 661-916-5730 or Debra Hill at 661-361-9782. View a flyer for this event here.

Reader: “Consider an alternative to fear and judgment”

Has Antelope Valley become a ‘dumping ground’ for sex offenders?