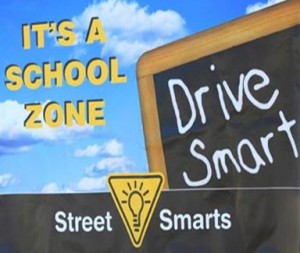 PALMDALE – The City of Palmdale’s neighborhood services department is kicking off a new “Keeping Kids Safe” campaign at local schools in conjunction with the beginning of the new school year.

“Our mission is to increase the safety and awareness in school zones,” said Senior Code Enforcement Officer Sara Shreves. “We are particularly emphasizing safe driving and parking habits. Parents and caregivers who drive on campus and in neighborhoods near schools can play an important role in keeping children safe by following proper driving practices.”

“At arrival and dismissal times, drivers are often in a hurry and distracted, which can lead to unsafe conditions for students and others walking, bicycling and driving in the area,” Shreves added.

To ensure the safest possible environment for students, City staff will be on-site at various schools during arrival and dismissal times and will issue warnings for violations for the first two weeks. After two weeks have passed, citations will be issued to violators.

“The most common violation is double parking,” Shreves said. “It adds to traffic congestion and you end up with a lot of students dodging in and out of cars to get to class.”

“We are working closely with the school to get the word out about the importance of safe driving practices,” she said.

Tips for smart driving around schools

Some helpful tips to keep in mind when driving around schools include: