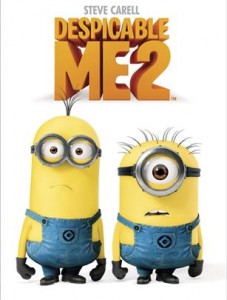 PALMDALE – The City of Palmdale’s popular “Family Movie Night” returns this Friday, Aug. 1 to the Palmdale Amphitheater with Despicable Me 2, kicking off the first of four consecutive Friday evening events.

Tickets for Family Movie Nights are $2, with kids 12 and under admitted free. The gates will open at 6:30 and movies will start at dusk. Moviegoers are allowed to bring a picnic dinner and non-alcoholic beverages to Family Movie Nights.

Despicable Me 2 features Gru, his adorable girls, and the mischievous Minions with a cast of unforgettable new characters in the blockbuster sequel to the worldwide phenomenon. Just as Gru has given up being super-bad to be a super-dad, the Anti-Villain League recruits him to track down a new criminal mastermind and save the world. Partnered with secret agent Lucy Wilde, Gru, along with the wildly unpredictable Minions, must figure out how to keep his cover while also keeping up with his duties as a father. Assemble the Minions for laugh-out-loud comedy in one of the funniest, most enjoyable movies ever.

Other movies in the “Family Movie Night” series include The Blind Side, Friday, Aug. 8; Harry Potter & The Sorcerer’s Stone, Friday Aug. 15; and Finding Nemo, Friday, Aug. 22. 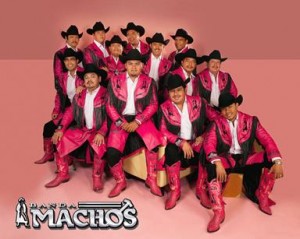 Gates open at 6 pm and the concert begins at 8 pm, rain or shine. Guests are encouraged to bring lawn chairs or blankets. Carry-in food, beverages, coolers, alcohol and pets are not permitted. Food, beer and wine will be available for purchase.

Tickets are on sale at www.cityofpalmdale.org/TheAmp. General admission tickets are $10 and may also be purchased the day of the show at the gate.

Since their formation in 1990, Banda Machos (or “La Reina de las Bandas” as they’re commonly known) have been blazing a trail in the Mexican Regional market. They have amassed several number one hit singles, platinum albums and countless awards from their musical peers. Now 24 years into their career, this 13-piece ensemble is going strong and kicking off the most exciting phase of their career as the creators of Quebadrita with their techno banda style.

For more information on the concert series, visit www.cityofpalmdale.org/amp or call 661-267-5611.

2 comments for "‘Despicable Me 2’ on Friday, ‘Banda Machos’ on Saturday at Palmdale Amp"