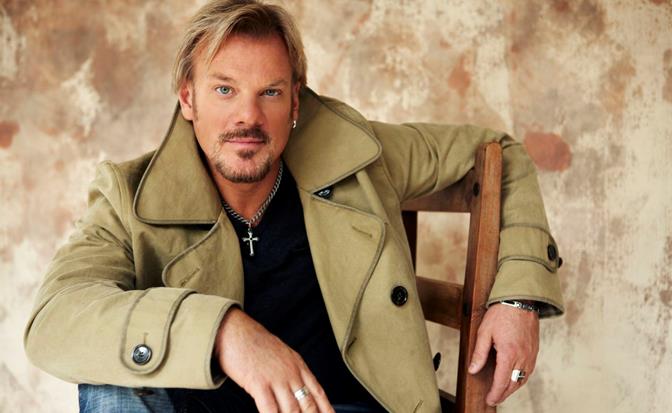 PALMDALE – Billboard Country Songwriter of the Year Phil Vassar will take the stage at the Palmdale Amphitheater this Saturday, July 12 at 8 pm as the City of Palmdale’s summer concert series kicks off the 2014 season.

Over his highly successful career, Vassar has released eight albums, earned two ASCAP Songwriter of the Year trophies, penned countless hits as a singer and songwriter, and launched his own Rodeowave Entertainment label. He has hit the Top 5 seven times with songs like “Carlene,” “Last Day of My Life” and “American Child,” and topped the charts with “In a Real Love” and the perennial favorite “Just Another Day in Paradise.” Known as one of Nashville’s top tunesmiths, his songs other artists have taken to #1 include “My Next Thirty Years” by Tim McGraw, “She’s Right On The Money” by Alan Jackson, and Jo Dee Messina’s “Bye, Bye” and “I’m Alright.” New artist David Nail had a hit with Phil’s “The Sound of a Million Dreams,” which Billboard named the #1 song in their Top 10 Country Songs of 2012.

Tickets are on sale at www.cityofpalmdale.org/TheAmp. General admission tickets can be purchased online at www.cityofpalmdale.org/TheAmp for $10. Gates open at 6 pm and the concert begins at 8 pm rain or shine. Guests are encouraged to bring lawn chairs or blankets. Carry-in food, beverages, coolers, alcohol and pets are not permitted. Food, beer and wine will be available for purchase.

Other headliners in Palmdale’s summer concert series include popular all girls group Fifth Harmony on July 19, R&B legends The Whispers on July 26, and Banda Machos on August 2.

Fifth Harmony formed during the second season of The X Factor. In the short time since, they have won numerous awards including Radio Disney Music Award for 2014 Breakout Artist of the Year, Shorty Awards for Best Band in Social Media, and Billboard’s Girl Group Week Most Promising New Girl Group. Fifth Harmony’s debut EP Better Together, released October 22, 2013, skyrocketed to #2 on iTunes and now officially lands the group their first Top Ten Album, which debuted at #6 on the Billboard Top 200 Chart.

The Whispers are one of only a few “old school” groups that can boast of having over 40 years in the industry with a worldwide fan base, maintaining their vocal dominance and original members. They have amassed four decades of pop and R&B hits including “Rock Steady,” “It’s a Love Thing,” “And the Beat Goes On”; seven gold albums, two platinum albums, 12 top twenty singles, 40 chart hits, and nominations from the American Music Awards, Soul Train Awards and Grammy Awards. The Whispers were inducted into the Vocal Group Hall of Fame in 2003.

Since their formation in 1990, Banda Machos (or “La Reina de las Bandas” as they’re commonly known) have been blazing a trail in the Mexican Regional market. Their unique blend of Banda, Quebradita and Ranchera sounds have led to #1 singles, platinum albums and countless awards from their musical peers. Now 22 years into their career, this 13-piece ensemble is going strong and kicking off the most exciting phase of their career as the creators of Quebadrita with their techno banda style.