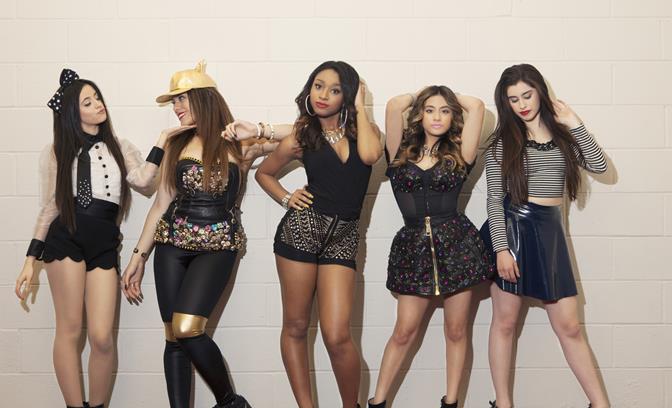 PALMDALE – The City of Palmdale has added the popular all girls group Fifth Harmony to the summer concert series on July 19, replacing Zendaya, who has cancelled her summer concert dates due to a scheduling conflict.

Fifth Harmony formed during the second season of The X Factor. With their show-stopping vocals, undeniable charisma, and genuine sisterly bond, the “fearsome fivesome” (as they became known), endeared themselves to viewers across the country.

“I can feel a wave beginning behind this group, said The X Factor creator and judge Simon Cowell. “The chemistry between the Fifth Harmony girls both on and offstage is fantastic. They’re fun to be around and most importantly, they are all incredibly talented.”

In the short time since, they have won numerous awards including Radio Disney Music Award for 2014 Breakout Artist of the Year, Shorty Awards for Best Band in Social Media, and Billboard’s Girl Group Week Most Promising New Girl Group. They were handpicked to be part of Disney’s “Next Big Thing” campaign, MTV and Pop Tarts “Crazy Good VMA Concert,” and won the fan-voted Vevo’s Lift Artist Award.

Fifth Harmony’s debut EP Better Together, released October 22, 2013, skyrocketed to #2 on iTunes and now officially lands the group their first Top Ten Album, which debuted at #6 on the Billboard Top 200 Chart. Featuring five brand new songs and their smash hit “Miss Movin’ On,” it’s a diverse, dynamic, and delightful introduction to America’s only teen pop female vocal groups. The girls just announced that their first single off their EP is “Don’t Want to Dance Alone,” an upbeat party tune that will make everyone want to get onto the dance floor.

Other headliners in Palmdale’s summer concert series include country star Phil Vassar on Saturday, July 12, R&B legends The Whispers on July 26, and Banda Machos on August 2.

General admission tickets for all four concerts can be purchased online at www.cityofpalmdale.org/TheAmp for $10. A limited number of VIP tickets are available for Phil Vassar and Banda Machos at $20, which includes express entry and seating at the front of the stage, ensuring that VIP ticket holders can arrive just before the concert and still get one of the best seats in the house. VIP seating is theater style (first-come, first-served).

Gates open at 6 pm and the concerts begin at 8 pm rain or shine. Guests are encouraged to bring lawn chairs or blankets. Carry-in food, beverages, coolers, alcohol and pets are not permitted. Food, beer and wine will be available for purchase.

17 comments for "Fifth Harmony to perform in Palmdale July 19"