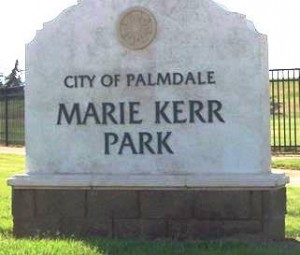 PALMDALE — The City of Palmdale’s facilities at Marie Kerr Park will be closed on Tuesday, June 10 to allow for the final connection of one of the City’s new solar panel projects.

“The closure will include the buildings on 30th St. West and Rancho Vista Blvd.,” said Communications Manager John Mlynar. “Once the final connections are made, we’ll be receiving electricity from these solar panels. In addition, the solar structures will provide shaded parking in the parking lot.”

Other scheduled temporary closures at City facilities to make the connections include:

Overall, the new system is expected to generate 1,800 megawatt-hours of electricity per year.

The City of Palmdale will purchase the electricity generated by the system at a fixed-rate through a 20-year power purchase agreement with Constellation.  The City estimates that it will save more than $40,000 in electricity costs during the first year of the system’s operation and it is expected to eliminate 1.8 million pounds of carbon dioxide annually according to U.S. Environmental Protection Agency data for the region.

“One of the many benefits of this solar project is that it required no upfront capital from the City,” Mlynar said. “We worked with solar firm PsomasFMG to develop the project.  The financing came from energy products and services company Constellation who will own and operate the system.”