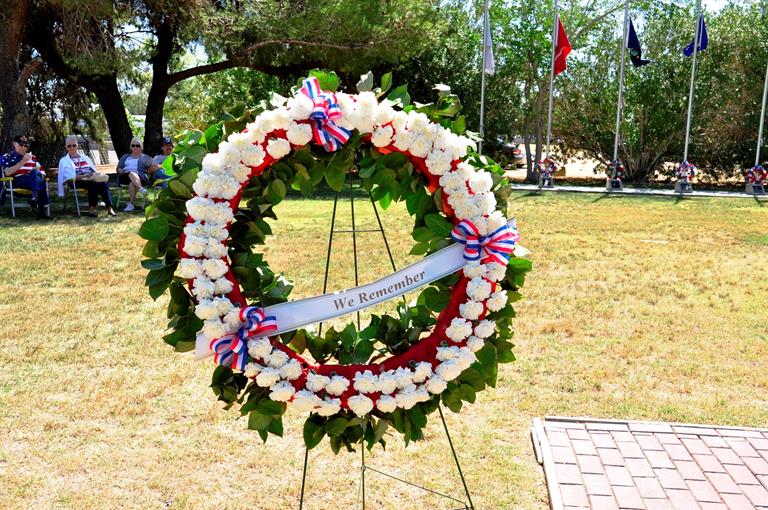 PALMDALE – Ceremonies honoring fallen veterans are planned in both Palmdale and Lancaster this Monday to mark Memorial Day.

Palmdale Mayor Jim Ledford will offer welcoming remarks and introduce the dignitaries, while Daniel W. Kirmel will serve as Master of Ceremonies.

The ceremony will include the raising of the colors, invocation and benediction by John Clark, Pledge of Allegiance, National Anthem, Table of Honor Ceremony, Two Bell Ceremony, laying of wreaths and a salute to veterans. The ceremony will conclude with taps.

The Palmdale Memorial Day Ceremony is free and open to the public. Immediately following the ceremony, there will be an observance held at the old Palmdale Cemetery, located at 20th St. East.

Lancaster’s Memorial Day ceremony begins at 9 a.m., Monday, May 26, at the Veterans Court of Honor at Lancaster Cemetery, located at 111 East Lancaster Boulevard.

The program will focus on World War I veterans, and it will include the special dedication of a headstone for a WWI veteran who has never had a headstone, according to Cemetery Manager Dayle DeBry.

The program will also include a special thank you to all those who donated to help restore the Veterans Court Honor following a vandalism incident over the Easter weekend, DeBry stated.

In addition to its annual Memorial Day ceremony, the Lancaster Cemetery District will host a ceremony on Memorial Eve.

Both ceremonies are free and open to the public.

For more information, contact Dayle DeBry at (661) 943-2970 or email lancastercem@verizon.net.