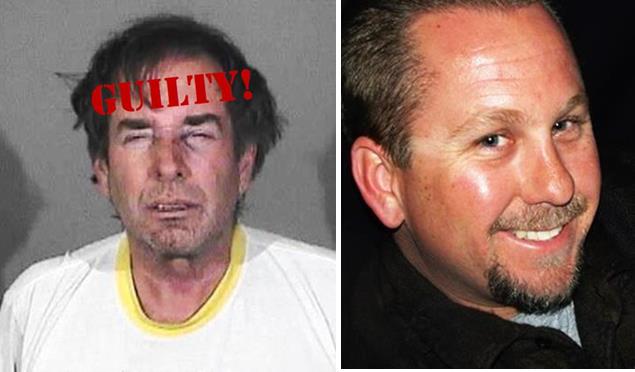 The jury also found true an allegation that 57-year-old Shipley intentionally discharged his firearm when he shot 39-year-old Demyen to death on May 15, 2013.

That afternoon, Shipley was driving on a small dirt road towards his house on Eagle Butte Road when he saw the water truck parked in front of a neighbor’s house filling up a pool. Unable to drive through, Shipley called the company’s owner, Demyen, to complain.

Shipley told Demyen he would be leaving his truck to block the company truck and walked to his house where he retrieved a gun, according to testimony during trial.

A witness testified that when Demyen arrived at the scene to talk to Shipley, they got into an argument that turned into a physical fight. Taking the witness stand Wednesday, Shipley claimed he shot Demyen in self-defense. (Read more here.)

However, Deputy District Attorney Thomas Trainor was successful in proving that Shipley actually instigated the fist fight by pushing Demyen and then pulled out a gun and shot Demyen in the chest.

Shipley faces a 40-years-to-life state prison sentence at the next hearing, scheduled for June 6, 2014.

4 comments for "Man found guilty in killing over driveway argument"