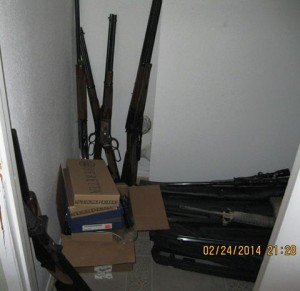 The Lancaster Station Burglary Suppression Team had been investigating a residential burglary where several firearms were stolen from a West Lancaster home.

As a result of the investigation, a search warrant was served in the 5000 block of West Avenue L-10. Three suspects were detained and a stolen vehicle out of Palmdale was recovered. 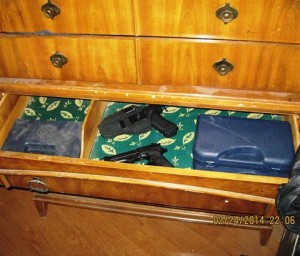 Deshon Herbert, David Moore, and Matthew Holman, all residents of Lancaster, were detained at the initial location. All three were arrested and booked at Lancaster Station.

Suspects Herbert and Moore were held on $50,000 bail for burglary and suspect Holman was held on $60,000 bail for vehicle theft, with additional charges pending.

Sheriff’s Department personnel would like to remind everyone who owns a firearm to ensure they are properly stored in a safe so the weapons do not end up in the hands of criminals. In addition, it is very important that a firearm owner know what types of weapons they own and maintain a record of the serial numbers.

At this time the investigation is ongoing. Any questions should be referred to the Burglary Suppression Team at (661) 940-3833.