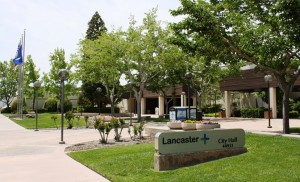 LANCASTER  –  At a public meeting in the Lancaster city council chambers Tuesday, the City’s citizen Elections Committee heard a third party analysis from Voting Rights Act expert, Dr. Morgan Kousser, who found that the City of Lancaster is in compliance with the California Voting Rights Act, city officials said in a news release.

“Dr. Kousser is one of our nation’s leading experts regarding Voting Rights. He presented a very in-depth analysis on this matter, including some very detailed statistical regression analyses,” said Chairman Steven Derryberry.

After conducting an extensive study examining the City of Lancaster’s compliance with the California Voting Rights Act from 2002 until present, Dr. Kousser found that Lancaster’s at-large elections have complied with the Act. More specifically, where racially polarized voting may have existed in some prior elections, the candidate of choice of the minority group was elected.

“I’m pleased that the data shows that the City of Lancaster is in full compliance with the California Voting Rights Act,” said City Attorney, Allison Burns. “I am also pleased that the City has taken such a proactive approach by establishing a citizen committee and bringing in an expert to take an in-depth look at this issue.”

The study was requested by the City Council, on the recommendation of the City’s Elections Committee, to undertake an examination of Lancaster’s compliance with the California Voting Rights Act. The City’s appointed citizen Elections Committee is chaired by local attorney, Steven Derryberry, who is joined by commissioners Ed Galindo, Cassandra Harvey, Darren Parker, and Kitty Szeto.

Lancaster uses at-large elections; however, Lancaster Mayor R. Rex Parris is the plaintiff’s attorney in a voting-rights lawsuit to prevent the city of Palmdale from using at-large elections. The lawsuit claims Palmdale’s at-large elections result in racially polarized voting, which prevents minorities’ candidates of choice from being elected. In a final statement issued late last year, Judge Mark Mooney found Palmdale in violation of the California Voting Rights Act and ordered the city to hold a district-based election in June. Palmdale is appealing the decision.