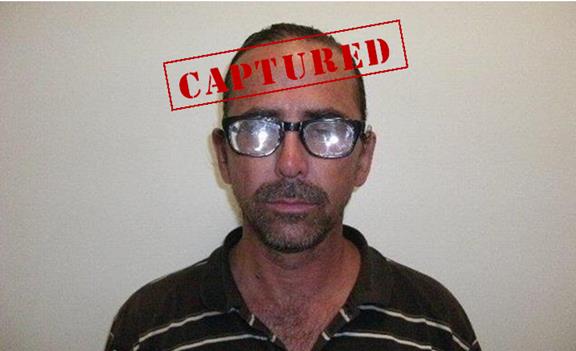 UPDATED 2/11/14: Lancaster deputies arrested high-risk sex offender parolee Adrian Santiago around 11:41 p.m. Monday night, and he was booked at the Lancaster Station jail around 2:40 a.m. this morning, according to LASD inmate records.

LANCASTER – Authorities need your help to locate 48-year-old Adrian Santiago, a paroled sex offender who tossed his GPS ankle monitor in a Lancaster dumpster Sunday night and then disappeared.

Santiago is homeless and has been living on the streets of downtown Lancaster since he was paroled last summer, according to Dorsey.

“When they’re transient, they’re required to report to their parole agent at least once a week in the parole office,” Dorsey said.

Around 9 p.m. Sunday (Feb. 9), Santiago cut off his electronic monitoring bracelet, Dorsey said. Parole agents went out to look for Santiago but could not find him, so a no bail warrant was issued for Santiago’s arrest, Dorsey said.

“Agents recovered the bracelet in the dumpster in the alley on the corner of 10th street and Jackman,” Dorsey said.

Santiago is believed to be hiding within one square mile of Lancaster Boulevard. He is around 5 feet 11 inches tall, with brown hair and green eyes, and he weighs approximately 165 pounds.