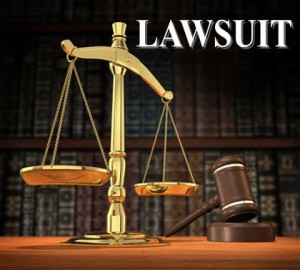 “This is actually our second appeal in the voting rights case,” said City Attorney Matthew Ditzhazy. “What we filed [Wednesday] is an appeal of Judge Mooney’s Final Order which permanently enjoins at-large elections, prematurely terminates the terms of the existing councilmembers, and orders a district-based election on June 3,” Ditzhazy said. “Our appeal puts everything on hold until the Court of Appeals can rule on it, which means there will be no Palmdale election in June.”

“The first appeal was filed in November and it dealt primarily with the certification of our November elections and with why the trial court’s temporary injunction was improper,” Ditzhazy continued. “At that election, Frederick Thompson was elected to Council along with Tom Lackey who was re-elected for his third term. Jim Ledford was re-elected Mayor for his 11th term. We are waiting for the Court of Appeals to allow the City to certify that election so we can swear in our duly elected Council.”

Thompson, a retired community college dean who formerly served on the Palmdale Planning Commission and Palmdale School District board, became the first African-American to win a City Council seat, but not the first minority candidate, to win a Citywide election.

“It’s ironic, and frankly sad, that the plaintiffs’ attempts to stop the city’s at-large election has resulted in preventing an African-American from holding office,” said Deputy City Attorney Noel Doran.  “A year ago, the plaintiffs trumpeted Mr. Thompson’s prior inability to get elected to the City Council as evidence that Latinos and African-Americans lacked access to the political process.  Now that he’s been elected, they question whether or not he was the minority ‘candidate of choice.’”

“We will continue to work toward protecting our citizens’ constitutional right to determine the manner and method of electing their city leaders,” said Doran.