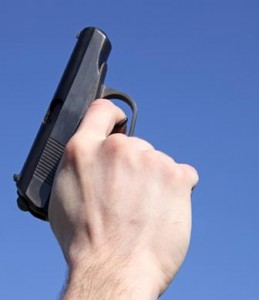 PALMDALE – As New Year’s Eve approaches, the Palmdale Sheriff’s Station is warning residents against ringing in the New Year with indiscriminate gunfire.

“Every year, a significant number of people throughout the City and County of Los Angeles engage in the extremely dangerous practice of discharging firearms into the air to celebrate the arrival of the New Year,” states a press release from the Palmdale Sheriff Station. “Celebrating the New Year with gunfire will not be tolerated in the City of Palmdale or the County of Los Angeles.”

California Penal Code Section 246.3 prohibits negligent discharging of firearms. Any person who violates Section 246.3 will have their firearm confiscated and will be arrested for a felony crime, punishable by one year in state prison, officials warn.

Officials say people who celebrate New Year’s Eve with gunfire often do not realize the dangers posed by their actions. Researchers report that a bullet fired into the air can climb two miles into the air and remain in flight for more than a minute. As it falls, the bullet reaches a velocity of 300 to 700 feet per second. A velocity of only 200 feet per second is sufficient to penetrate the human skull.

If a stray bullet from your gun should kill someone, you will be arrested and charged with murder, officials warn.

“We ask for you to celebrate the holidays safely and please don’t fire your gun into the air this New Year’s. On behalf of Palmdale Sheriff’s Station, City and County of Los Angeles, we wish you and your family a safe and happy New Year!” states the Palmdale Sheriff Station press release.